In the largest settlement involving a pharmaceutical company, the British drugmaker GlaxoSmithKline agreed to plead guilty to criminal charges and pay $3 billion in fines for promoting its best-selling antidepressants for unapproved uses and failing to report safety data about a top diabetes drug, federal prosecutors announced Monday. The agreement also includes civil penalties for improper marketing of a half-dozen other drugs.

The fine against GlaxoSmithKline over Paxil, Wellbutrin, Avandia and the other drugs makes this year a record for money recovered by the federal government under its so-called whistle-blower law, according to a group that tracks such numbers.

In May, Abbott Laboratories settled for $1.6 billion over its marketing of the antiseizure drug Depakote. And an agreement with Johnson & Johnson that could result in a fine of as much as $2 billion is said to be imminent over its off-label promotion of an antipsychotic drug, Risperdal.

No individuals have been charged in any of the cases. Even so, the Justice Department contends the prosecutions are well worth the effort — reaping more than $15 in recoveries for every $1 it spends, by one estimate.

But critics argue that even large fines are not enough to deter drug companies from unlawful behavior. Only when prosecutors single out individual executives for punishment, they say, will practices begin to change.

“What we’re learning is that money doesn’t deter corporate malfeasance,” said Eliot Spitzer, who, as New York’s attorney general, sued GlaxoSmithKline in 2004 over similar accusations involving Paxil. “The only thing that will work in my view is C.E.O.’s and officials being forced to resign and individual culpability being enforced.”

The federal whistle-blower law, officially the False Claims Act, dates to 1863 and was originally envisioned as a check on war profiteering after the Civil War.

Whistle-blowers get a share of any money recovered by the federal government. So far, according to Patrick Burns, spokesman for the whistle-blower advocacy group Taxpayers Against Fraud, at least $10 billion has been agreed to in settlements this fiscal year, which ends in September.

The settlement, which requires court approval, stems from claims made by four employees of GlaxoSmithKline, including a former senior marketing development manager for the company and a regional vice president, who tipped off the government about a range of improper practices from the late 1990s to the mid-2000s.

Prosecutors said the company had tried to win over doctors by paying for trips to Jamaica and Bermuda, as well as spa treatments and hunting excursions. In the case of Paxil, prosecutors claim GlaxoSmithKline employed several tactics aimed at promoting the use of the drug in children, including helping to publish a medical journal article that misreported data from a clinical trial.

A warning was later added to the drug that Paxil, like other antidepressants, might increase the risk of suicidal thoughts in teenagers. Prosecutors said the company had marketed Wellbutrin for conditions like weight loss and sexual dysfunction when it was approved only to treat major depressive disorder.

They said that in the case of Avandia, whose use was severely restricted in 2010 after it was linked to heart risks, the company had failed to report data from studies detailing the safety risks to the F.D.A. 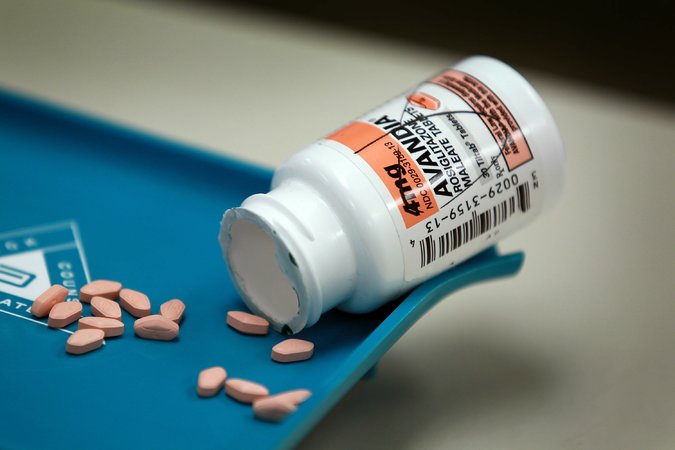 “Today’s multibillion-dollar settlement is unprecedented in both size and scope,” said James M. Cole, the deputy attorney general. “It underscores the administration’s firm commitment to protecting the American people and holding accountable those who commit health care fraud.”

The initial terms of the settlement were announced in November, and Glaxo had already set aside cash for the settlement. In a statement Monday, the company said it has since changed many of its policies, including no longer rewarding sales representatives for the number of drug prescriptions sold.

Andrew Witty, the chief executive, sought to portray the illegal actions as part of the company’s past.

“Whilst these originate in a different era for the company, they cannot and will not be ignored,” he said in the statement. “On behalf of GSK, I want to express our regret and reiterate that we have learned from the mistakes that were made.”

The three criminal charges involved Paxil, Wellbutrin and Avandia and included a criminal fine of $1 billion. The remaining $2 billion involves fines in connection with a civil settlement over the sales and marketing practices of the blockbuster asthma drug Advair and several other drugs.

Despite the large amount, $3 billion represents only a portion of what Glaxo made on the drugs. Avandia, for example, racked up $10.4 billion in sales, Paxil brought in $11.6 billion, and Wellbutrin sales were $5.9 billion during the years covered by the settlement, according to IMS Health, a data group that consults for drugmakers.

“So a $3 billion settlement for half a dozen drugs over 10 years can be rationalized as the cost of doing business,” Mr. Burns said.

Mr. Burns and others have said that to institute real change, executives must be prosecuted criminally or barred from participating in the Medicare and Medicaid programs, an action known as “exclusion.”

This has occurred in only a handful of cases, and rarely in a case involving a major pharmaceutical company. In 2011, four executives of the medical device company Synthes were sentenced to less than a year in prison for conducting clinical trials that were not authorized by the Food and Drug Administration.

That same year, the former chief executive of K.V. Pharmaceutical was sentenced to 30 days in jail and fined $1 million for selling misbranded morphine tablets. The previous year, the Department of Health and Human Services excluded him from doing business with the federal government.

Those in the pharmaceutical industry have stressed that the activities revealed in the recent settlements occurred many years ago, and practices have changed radically since then. The Glaxo settlement includes an agreement by the company to withdraw bonuses from top executives if they engaged in or supervised illegal behavior, believed to be a first.

“That creates pressure and it creates an element of responsibility,” said Erika Kelton, who represented two of the four whistle-blowers in the Glaxo case. “I think it’s a good step in the right direction.”

Correction:
An article on Tuesday about a fine levied on the British drug maker GlaxoSmithKline for illegal marketing of some of its drugs misstated the use of Depakote, an Abbott Laboratories drug involved in a similar case. It is an antiseizure drug, not an antipsychotic.
MDBAD.COM