It is a startling accusation, buried in a footnote in a legal briefing filed recently in federal court: Did two major pharmaceutical companies, in an effort to protect their blockbuster drug, mislead editors at one of the world’s most prestigious medical journals?

Lawyers for patients suing Johnson & Johnson and Bayer over the safety of the anticlotting drug Xarelto say the answer is yes, claiming that a letter published in The New England Journal of Medicine and written primarily by researchers at Duke University left out critical laboratory data. They claim the companies were complicit by staying silent, helping deceive the editors while the companies were in the midst of providing the very same data to regulators in the United States and Europe.

Duke and Johnson & Johnson contend that they worked independently of each other. Bayer declined to comment. And top editors at The New England Journal of Medicine said they did not know that separate laboratory data existed until a reporter contacted them last week, but they dismissed its relevance and said they stood by the article’s analysis.

But the claim — that industry influence led to the concealing of data — carries echoes, some experts said, of an earlier era of drug marketing, when crucial clinical data went missing from journal articles, leading to high-profile corrections and a wave of ethics policies to limit the influence of drug companies on medical literature.

“It just feels like it’s a real ethical breach,” said Dr. Lisa Schwartz, a professor of medicine at Dartmouth, of the failure to include the lab data in the letter. “If you know the direct answer to this question, then how can you not provide it to be able to give insight?”

Xarelto, which is sold in the United States by Johnson & Johnson and overseas by Bayer, had nearly $2 billion in United States sales last year and is the best seller in a new category of drugs seeking to replace warfarin, an older blood thinner. The two companies hired the Duke Clinical Research Institute to run a three-year clinical trial involving more than 14,000 patients that led to Xarelto’s approval by regulators. But those results havecome under scrutiny since September, when the companies notified regulators that a blood-testing device used in the study had malfunctioned.

The trial compared the number of strokes and bleeding events experienced by patients taking Xarelto with those of patients using warfarin. The concern is that the faulty results may have led doctors to give patients the wrong dose of warfarin, which could have favored Xarelto.

Last month the Duke researchers published an analysis in The New England Journal of Medicine and concluded that the problems with the device did not change the trial’s results.

But some in the medical community questioned their findings because their method required them to essentially guess which groups of patients were more likely to be affected by the malfunctioning device.

A better way to evaluate the device, other researchers said, would be to compare the device readings with test results that were done at a central laboratory. Investigators did that at two points in the trial, drawing blood from more than 5,000 of the patients who took warfarin and sending the samples for testing. The blood was taken 12 and 24 weeks after patients enrolled in the trial.

But the Duke researchers made no mention of the lab data in their letter. In an interview, journal editors said they did not know about the lab data until last Tuesday, when a reporter for The New York Times asked them about it.

“At the time we published the letter, we didn’t know that it existed,” said Dr. Jeffrey M. Drazen, editor in chief of The New England Journal of Medicine.

Dr. Drazen disputed the lawyers’ claim that the editors had been misled about the data, and said it was not relevant to the letter that was published. 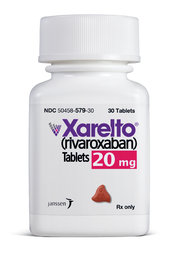 Last week, lawyers in the case against Johnson & Johnson and Bayer filed a legal brief in federal court in New Orleans, asking a judge to unseal documents in the case, which involves more than 5,000 lawsuits filed by patients and their families who claim they were harmed by Xarelto. Of those, 500 involve patient deaths.

In a footnote, the lawyers said that during the process of vetting the Duke researchers’ letter, a peer reviewer asked about the existence of lab data that would allow a comparison with the device’s readings.

“Despite being provided this opportunity to respond to the peer reviewers,” the lawyers said, the “defendants remained silent on this point, thereby misleading the NEJM.”

Dr. Drazen confirmed that a peer reviewer, whose identities are kept confidential, had asked about such data, but said the editors had rephrased the question to ask whether such data was available throughout the course of the trial. Duke then answered no, he said.

The letter’s three authors, two from Duke and one affiliated with the University of Edinburgh in Scotland, declined to comment, as did a spokesman for Duke.

Dr. Drazen questioned the value of comparing lab results taken at only two points during the trial, noting that people’s blood-clotting levels can vary greatly over time. “There’s so much variation among people that it probably wouldn’t be clinically informative,” he said.

However, he said, the Duke researchers had since agreed to conduct an analysis of the lab data.

Dr. Drazen also said that the editors had not been in contact with either Johnson & Johnson or Bayer. A spokeswoman for Johnson & Johnson said the analysis by Duke was conducted independently of the company. Although a company employee serves on the trial’s executive committee, she said he recused himself “from the conduct of the reanalysis, the drafting of the research letter, and provided no feedback before it was submitted.” Bayer declined to comment.

In a previous statement, Duke said it had conducted its research separately from the two companies. But this fall, Bayer submitted an analysis to the European Medicines Agency that was nearly identical to the approach used by the Duke researchers, comparing the outcomes of patients who had specific medical conditions with outcomes of those who did not. And the legal document filed last week cites a document obtained from one of the companies that describes the peer-review process.

Some experts say this case is reminiscent of other instances in which drug companies concealed or altered drug-trial data in medical journals. In 2005, for example, The New England Journal of Medicine published a rareExpression of Concern after it learned that researchers had failed to include three heart attacks in a study of the painkiller Vioxx, made by Merck, which has since been withdrawn from the market. In that case, editors learned that data had been deleted from the trial manuscript two days before it was submitted to the journal.

Such controversies led to changes in the way that journal articles are published. Authors are now required to disclose their outside financial interests and the role that drug companies played in articles’ publication.

Several researchers said they were surprised that Duke and the editors at the journal did not see value in comparing the lab data, especially since Bayer and Johnson & Johnson have submitted such information to regulators in Europe and the United States.

“I think it’s always important to make sure that you have all the information to answer the scientific question before publication,” said Dr. Rita F. Redberg, a cardiologist who is also editor of the medical journal JAMA Internal Medicine.

Less than a week after the Duke letter was published, the European Medicines Agency released its own report, which contained analyses using the independent lab comparisons. The agency concluded the device most likely did not affect the trial’s outcome, but it did find that the device was highly inaccurate.

Dr. Steven Nissen, a cardiologist at the Cleveland Clinic, served on the Food and Drug Administration advisory panel that voted to approve Xarelto in 2011. He was one of two members who voted against the drug. He expressed doubt that any after-the-fact analysis would give doctors and patients answers. “Given the fact that the device was inaccurate, there is no way anybody can tell you what would have happened in the trial,” he said.